The World Premiere of HBO's LOOKING at the Castro Theatre 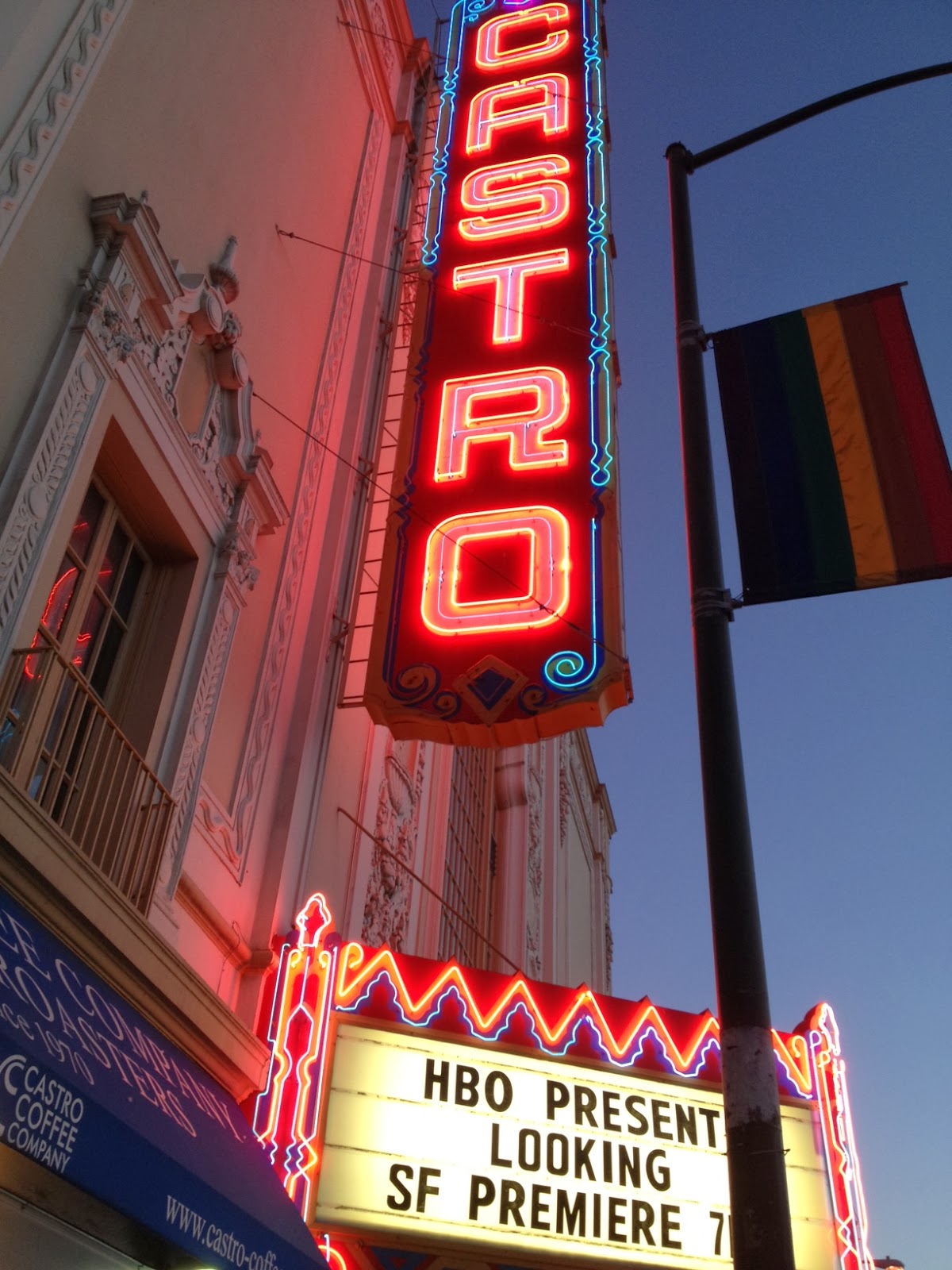 The gay dramedy is set in The City, where it was also filmed. Creator/Co-Executive Producer Michael Lannan says Looking is about "looking for authentic ways of being in the world." The show centers around three gay friends: Paddy (Jonathan Groff), a twenty-something video-game programmer looking for sex and/or love; Agustín (Frankie J. Alvarez), an artist moving to Oakland to live with his boyfriend; and Dom (Murray Bartlett), a long-time waiter approaching forty and deflated the first time his sexual charms fail him.


Before the screening, the cast posed on the red carpet for photographs. On the far left are Raúl Castillo, who plays Richie, the object of Paddy's affections and fumblings; and O.T. Fagbenle, who plays Frank, the boyfriend with whom Agustín cohabitates. 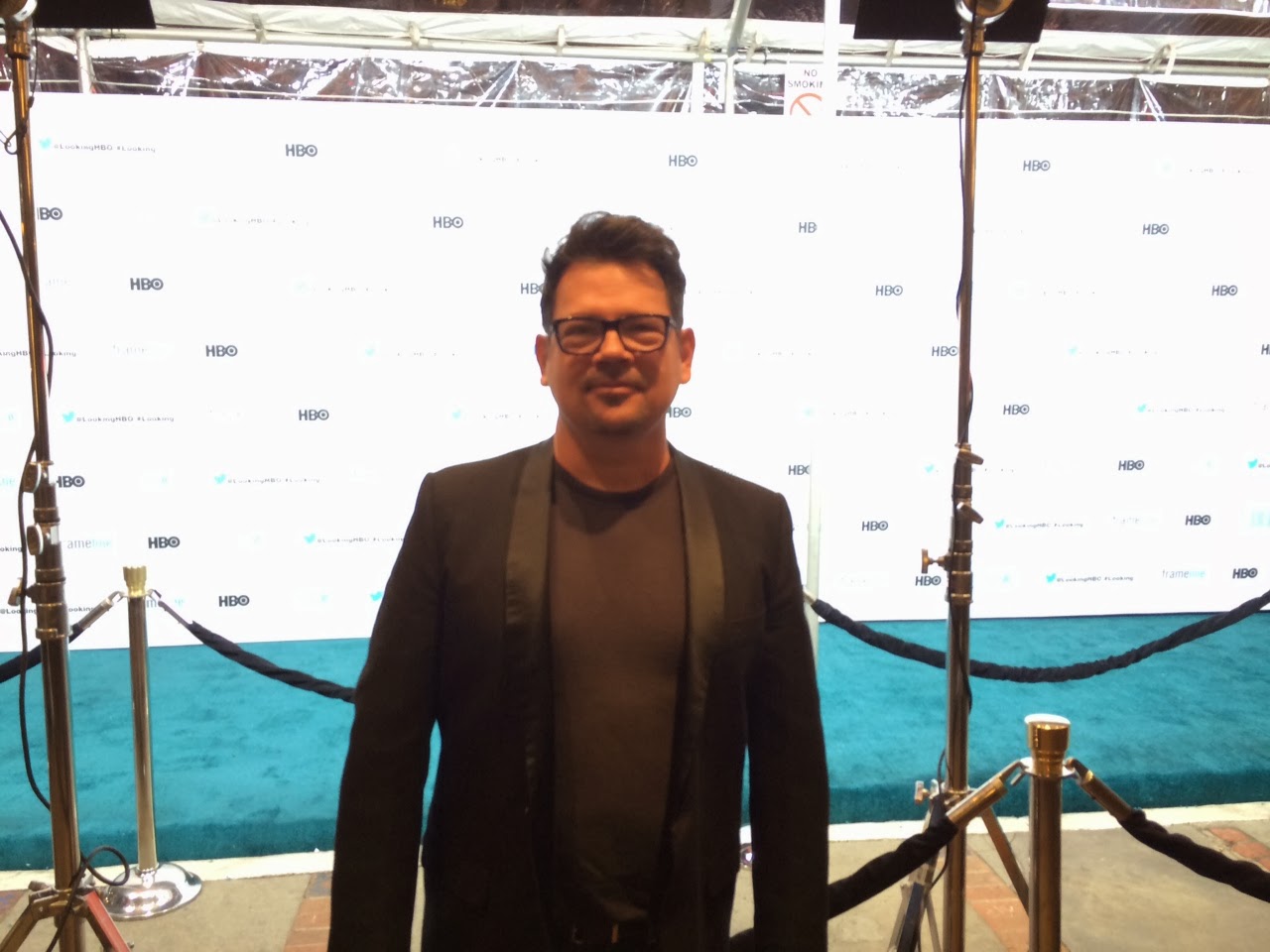 My pal Zach Augustine, a fashion executive at Coach, made sure my time on the red carpet was one of those few times I left at home my favorite hoodie and tee shirt.

I took this photograph of Jonathan Groff taking selfies in the row behind where my partner Phil and I sat.

I was delighted Director/Co-Executive Producer Andrew Haigh captured the look and tempo of three friends living today in San Francisco so very unlike New York or Los Angeles, where too many film and television productions seem to shoot stories supposedly taking place here.


I love all kinds of gay characters - from fabulous Stanford Blatch in Sex and The City to bewitching Jonathon in Were the World Mine - but as a gay man living in San Francisco, I especially enjoy the authenticity of Lannan's characters struggling here to define themselves as friends, lovers and individuals.

When Dom tells a co-worker he dislikes arrogant techies today as much as he did in 1999, I flashed back to my life then. It was a fantastic, rarely dull and sometimes grim era for me and my friends. I regret there's no gay-themed film or television series set then in San Francisco to remind me of that time. 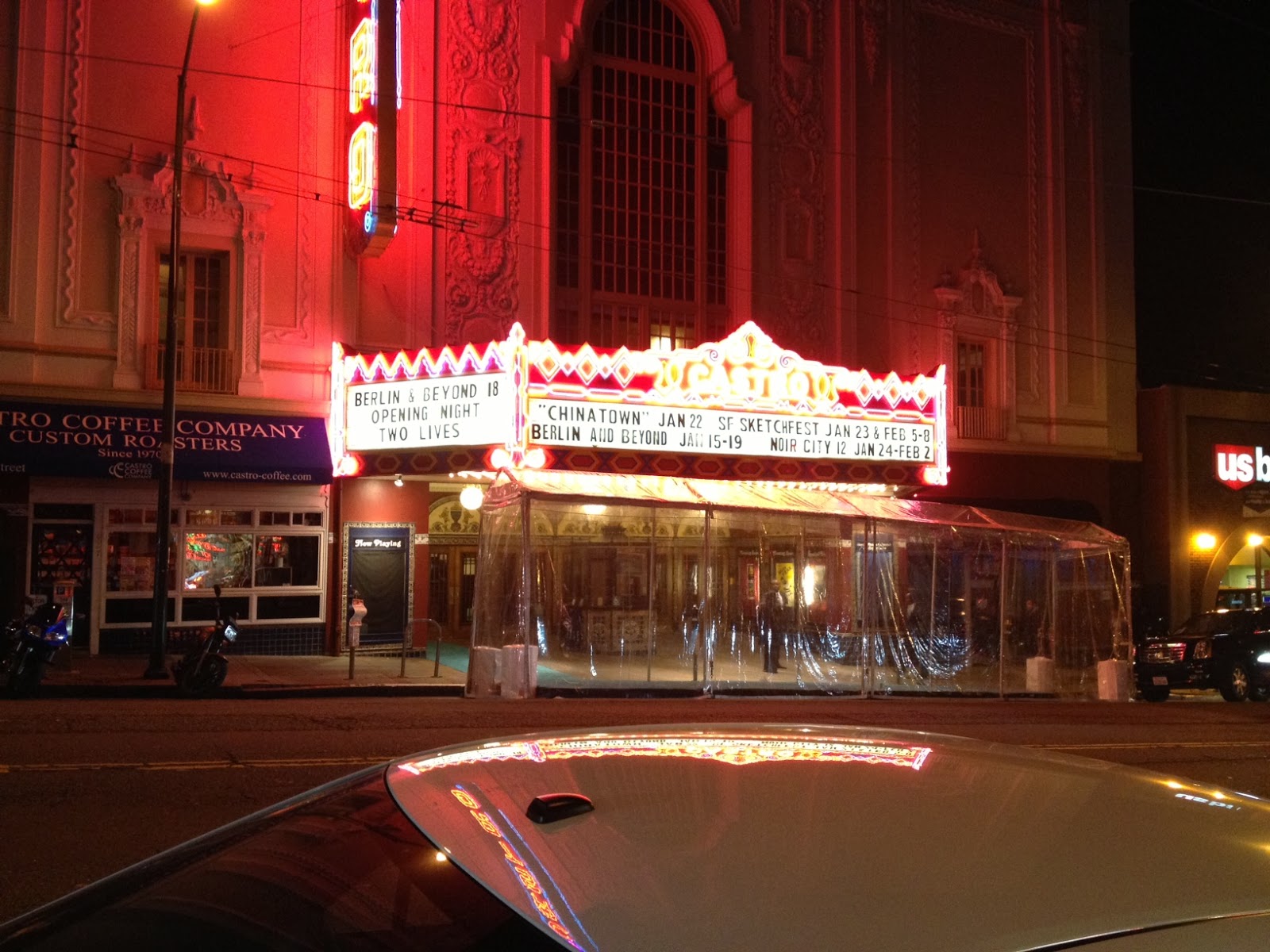 After my partner and I left the Looking after party, we crossed Castro Street and I looked back at the Castro Theatre. The red carpet was put away. Its marque was updated with the next night's entertainment. And I was already feeling sentimental about that first hour spent with Paddy, Augustín and Dom.

I wanted to know what happened next to them in San Francisco.

I produced videos for top fashion and lifestyle brands, have been screenwriting for ten years, and own and maintain a blog featured on the Sundance Channel's website.

This blog focuses on my musings and projects as a content producer.

Mike The Content Producer
Thank you for reading this blog!

I enjoy working on my blogs and contributing to others', so if you like what you see here, pass it on!

If you think you know of someone or an event that would interest me, please send me an email.